planned court appearance next week by Israeli Prime Minister Benjamin Netanyahu in his much anticipated trial for corruption has been indefinitely delayed in the face of Israel’s freshly tightened coronavirus lockdown, the judges announced on Friday.

Netanyahu’s trial for bribery, fraud and breach of trust began last May, with the premier being excused from subsequent hearings as his lawyers argued for more time to review prosecution evidence.

The Israeli prime minister was due to be in court on Wednesday for the presentation of his formal response to the charges.

But in a statement issued on Friday, the Jerusalem district court ruled that “taking into consideration the large amount of participants in the hearing and the lockdown (in place), the hearing set for January 13, 2021 is hereby cancelled.

“A new date will be announced separately.” 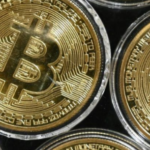 Bitcoin soars past $40,000 for the first time
Next Article 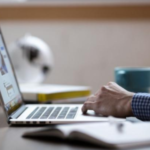 Are we being overloaded by technology?
Leave a comment