A new form of plastic film has been developed which posses the ideal properties in terms of electrostatic discharge and which, although made from plastic, is fully compostable. The material breaks down within a few months under the right conditions.

The material has been developed by EcoCortec, a company from Croatia, according to EE News Europe. The material is called the Eco-Corr Film ESD film, and it is described as a biodegradable, compostable static dissipative film and bags. The company claim that this is the first electrostatic film to be fully biodegradable in the world.
Static dissipative films are products designed to control static electricity. They are fashioned from high tensile, high tear strength materials, surfaced with a static dissipative surfacing. These types of films are used in the electronics, telecommunications, packaging, and electric car industries.
By being dissipative, these materials allow the charges to flow to ground more slowly in a more controlled manner than with conductive materials.
The film has been developed in light of impending European Union rules relating to the sale of non-recyclable plastic packaging materials. This means the need to phase out standard polyethylene electrostatic dissipating films, as well as a variety of other industrial applications reliant upon plastic products.

When is the Right Time to Sell Your Car?

Lamborghini Countach is back 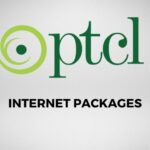 Best free apps for Mac in 2021
Leave a comment