French prosecutors on Monday opened an investigation into a torrent of anti-Semitic social media messages aimed at the runner-up of the latest Miss France contest.

April Benayoum, 21, who holds the title of Miss Provence and competed for the national crown on Saturday, became the subject of hate messages after saying at the event that her father is of Israeli origin.

The insults — such as “Hitler forgot about this one” and “Don’t vote for a Jew” — were posted mainly on Twitter and drew condemnation from politicians and associations.

They also prompted criticism of Twitter itself for its handling of offensive material.

“I am deeply shocked by the flood of anti-Semitic insults against Miss Provence”, Interior Minister Gerald Darmanin said. “We will not let this stand. Shame on the authors.”

Paris prosecutors said Monday that they were investigating the messages for “racist insults” and “instigation of race hatred.” 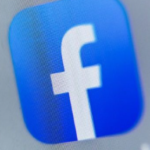 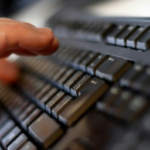